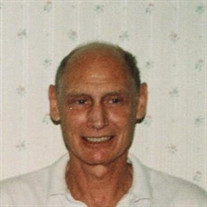 Adrian – William “Bill” Henry Mehan, age 71 of Blissfield, passed away Monday, September 4, 2017, at Lynwood Manor. He was born August 6, 1946, in Adrian, Michigan to Nelson and Evelyn (Goll) Mehan. Bill graduated from Blissfield High School in 1964, and from Ferris State College with a degree in automotive repair. Bill worked with local dealerships as a master tech until he started his own garage B & M Mehan, in Deerfield. Bill enjoyed playing the accordion for everyone, especially his family and friends. He was well known for his “jam sessions” and playing for the church and special occasions. Bill was a member of the River Raisin Sportsman’s Club in Blissfield and also belonged to the Blanchard Lodge #0102, as a 3rd Degree Master Mason. He enjoyed deer hunting in Michigan and had many hunting buddies. Bill has many fond memories of hunting with his stepson, Bob and Mary Brubaker in Texas. He was also a lifetime member of the National Rifle Association. Bill enjoyed playing pool and was an avid bowler and sponsored various teams over the years. Bill is survived by his sisters; Nancy (Mehan) Pratt, Walbridge, OH, Pam (Mehan) Flagg, Lakewood, OH, sister in law, Judy (Betz) Mehan, Petersburg, MI; stepchildren, John (Silvia) Brubaker, Bob (Mary Ann) Brubaker, Tina (Doug) Yoder, Gary Brubaker, and Lisa (Roger) Gaby; and other extended family members. He was preceded in death by his parents, brother, Richard Mehan and brother-in-law, Gary Pratt. A special thank you to the staff at Hospice and the nursing staff at Lynwood Manor for their wonderful care. Funeral services will be held on Friday, September 8th at 11 AM at Wagley Funeral Home Tagsold Chapel with Rev. Keith Smith officiating. Burial will follow at Pleasant View Cemetery. Visitation will be held at Wagley Funeral Home Tagsold Chapel in Blissfield, on Thursday, September 7th from 4-8 PM and on Friday, September 8th from 10 AM until the time of service. Memorial contributions may be made to Hospice of Lenawee County. Online condolences and memories may be shared at www.WagleyFuneralHomes.com.

The family of William Henry Mehan created this Life Tributes page to make it easy to share your memories.

Send flowers to the Mehan family.