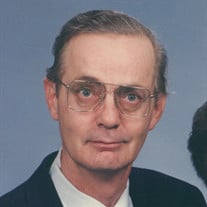 ADRIAN- Stephen F. Schultz age 78, of Adrian passed away Friday, November 1, 2019, at Tecumseh Place. Stephen was born on February 20, 1941, to William and Rose (Elliott) Schultz. He was a graduate of Adrian High School with the Class of 1959, and went on to serve our country in the United States Air Force. On June 24, 1961, Stephen married Kathleen Meyer at Raisin Valley Friends Church in Adrian, and they have celebrated 58 years together. Stephen started his career as a carpenter and went on to be a building inspector where he covered many townships and municipalities. His last role was with Adrian Township where he retired in 2013. Over the years, Stephen belonged to the local Jaycees and Lenawee County Home Builders Association. He attended Raisin Valley Friends Church and was a former member of Adrian First Baptist Church. Stephen enjoyed fishing, camping and visiting lighthouses in Michigan with his wife. He is survived by his wife, Kathleen; children, Bryan (Sanguan) Schultz of Britton and Elizabeth Schultz of Tecumseh; granddaughter, Jennifer; brother, Gordon (Janice) Schultz of Florida, and sister-in-law, Karen (John) Magill. Stephen was preceded in death by his parents and brother, Thomas Schultz. Funeral services for Stephen will take place at 1 p.m., Monday, November 4, 2019, at Wagley Funeral Home, Adrian with Pastor Doug Chandler officiating. Burial will follow at Oakwood Cemetery with military honors conducted by VFW Annis Fint Post #1584 and American Legion Post #97. Visitation will be at the funeral home Monday from 11 a.m. until the service at 1 p.m. Contributions in memory of Stephen may be made to Hospice of Lenawee or Raisin Valley Friends Church. Online condolences and memories may be shared at www.WagleyFuneralHomes.com.

ADRIAN- Stephen F. Schultz age 78, of Adrian passed away Friday, November 1, 2019, at Tecumseh Place. Stephen was born on February 20, 1941, to William and Rose (Elliott) Schultz. He was a graduate of Adrian High School with the Class of 1959,... View Obituary & Service Information

The family of Stephen F. Schultz created this Life Tributes page to make it easy to share your memories.

Send flowers to the Schultz family.