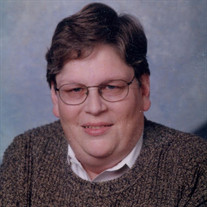 ADRIAN – Scott Allan Toncre, 61 of Adrian, died early morning Thursday, June 27, 2019 at Hospice of Lenawee Home following a 3 month illness due to long term health problems that caused periods of illness throughout his life. Born April 14, 1958 in Painesville, OH, he was the son of the late James E. Toncre and Ilo E. (Worcester) Toncre. Scott attended Jackson College and earned a Bachelor’s Degree in Education from Adrian College. Scott worked for Gleaner Life Insurance Society, and was a member of the First United Methodist Church of Adrian. He was a 25 year member and two term commander of the former U.S. Coast Guard Auxiliary in Adrian, and a recent member of the Jackson Coast Guard Auxiliary. He was also a former board member of Associated Charities and a long-time volunteer for the Adrian Symphony Orchestra, serving as head usher. In addition to his mother Ilo, he is survived by his brother Craig (Kelly) Toncre of Maumee, OH; niece and nephew, Kari and Eric Toncre, also of Maumee, OH; and several aunts, uncles, and cousins. Besides his father, James, he was preceded in death by maternal grandparents Mr. and Mrs. Arthur Worcester and paternal grandparents Mr. and Mrs. Raymond Toncre. A gathering of family and friends will be held Sunday, June 30, 2019, from 1 to 3 p.m. at Wagley Funeral Home in Adrian. Graveside services will take place at Mentor Cemetery in Mentor, Ohio, Tuesday, July 1, 2019 at 1 p.m. Contributions in memory of Scott are suggested to Hospice of Lenawee or Adrian Symphony Orchestra. Online condolences and memories may be shared at www.WagleyFuneralHomes.com.

The family of Scott A. Toncre created this Life Tributes page to make it easy to share your memories.

Send flowers to the Toncre family.