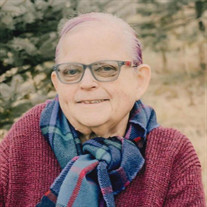 JASPER – Sarah Jane Gerber, 82, of Jasper, formerly of Deerfield died peacefully early Monday morning December 6, 2021 at her home under the care of Arbor Hospice. Born July 19, 1939 in Summerfield Township, Monroe County, MI, she was the daughter of Frank S. and Elizabeth E. (Yape) Gerber. Sarah graduated from Deerfield High School and continued her education to receive a Bachelor’s degree in Education for Adrian College and her Master’s degree from Eastern Michigan University. Her teaching career began in Roseville, MI where she taught for one school year. Following that, she began her employment at Summerfield Schools in Petersburg, MI, where she spent the remainder of her career, until her retirement in 1990. She was a member of the Retired Michigan Education Association (M.E.A). Sarah was a former Assistant Librarian at the Robert Ingold Memorial Library (currently known as Deerfield Library) until her health began to decline. She was also a former member of the Deerfield Church of Christ in Christian Union until it closed, she then attended Whiteford Wesleyan Church. In her spare time, Sarah enjoyed crocheting, tatting, gardening, coloring, reading, and traveling with her sister, Frances. Sarah was the last surviving member of her immediate family. She was preceded in death by her father, Frank in 1999; her mother, Elizabeth in 2002; sister, Frances Eugenia Gerber in 2000; and her brother, Gerald Frank Gerber in 2001. She is survived by her sister-in-law, Lucy Gerber of Deerfield and several generations of cousins. Visitation for Sarah will take place on Thursday, December 9, 2021 from 10:00 – 11:00 a.m. at Wagley Funeral Home, Adrian. She will be laid to rest at a private graveside service at Deerfield Cemetery. Special thank yous to Sarah’s medical care team at the University of Michigan Geriatric Center, Arbor Hospice of Michigan, and the legal team at Chalgian and Tripp Law Offices, PLLC of East Lansing for all of the care and support you have shown Sarah throughout the last few years. Memorial contributions to honor Sarah may be made to Gerber Park, Arbor Hospice (www.arborhospice.org), the Lenawee County Department on Aging, or the charity of one’s choice. Online condolences and memories may be shared at www.WagleyFuneralHomes.com.

The family of Sarah Jane Gerber created this Life Tributes page to make it easy to share your memories.

Send flowers to the Gerber family.