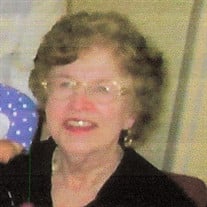 BLISSFIELD – Sally Graham passed away on Wednesday, May 27, 2020 at Ascension Providence Hospital in Novi, Michigan, where she had been a patient for three weeks. Sally was born in Bixby Hospital, Adrian, Michigan on May 2, 1941, to Clarence and Marian Fashbaugh. Sally was only three years old when her father, Clarence, died in 1944. Sally attended a one room school house for nine years and went on to graduate from Blissfield High School with the Class of 1959. She attended the University of Michigan and then transferred to Wayne State in Detroit, to complete her Bachelor’s Degree with a dual major. Sally was awarded a full scholarship to obtain her Master’s Degree from Smith College in Boston, MA. In 1968, Sally married Lew Graham. Sally worked as a social worker in Detroit and the Upper Peninsula for many years. She was a generous individual, always giving to a charity or organizations that assisted others. Sally helped to start a library in an impoverished section of Detroit; and for many years volunteered every Saturday morning by distributing food and clothes to those in need. Those left to grieve her passing are her sister, Betty (Dean) Wachholz; nephew, Chad (Michelle) Wachholz; and many cousins and dear friends. She was preceded in death by her parents, Frank and Marian Hadesh, father, Clarence and her grandparents. Visitation will be on Friday, June 5, 2020, from 1-2 p.m. at Wagley Funeral Home, Tagsold Chapel, Blissfield. Funeral Services will be held at the funeral home at 2 p.m. with Pastor Thomas Schroeder, from Christ Our King Lutheran Church in Saline, officiating. Burial will follow at Amboy Township Cemetery in Metamora, Ohio. Online memories and condolences may be shared at www.WagleyFuneralHomes.com.

BLISSFIELD &#8211; Sally Graham passed away on Wednesday, May 27, 2020 at Ascension Providence Hospital in Novi, Michigan, where she had been a patient for three weeks. Sally was born in Bixby Hospital, Adrian, Michigan on May 2, 1941, to Clarence... View Obituary & Service Information

The family of Sally Fashbaugh Graham created this Life Tributes page to make it easy to share your memories.

Send flowers to the Graham family.