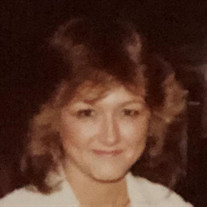 ADRIAN – Sally Ann Harper Shanks, age 64, passed away Saturday, June 22, 2019, at home under the loving care of her family. She was born September 15, 1954, in Jackson, Michigan, the oldest child of Arlo and Rosemary (Creery) Harper, and graduated from Columbia Central High School in Brooklyn. Sally went on to earn a Bachelor’s Degree from Eastern Michigan University and a Master’s Degree from the University of Michigan where she graduated summa cum laude. On August 14, 1982, Sally married Stephen Shanks in Houston, Texas, and he survives. Sally drew and painted all of her life. In college, she took as many art classes as she could but graduated with a Bachelor’s and then a Masters in Social Work. She worked as a therapist for 30 years. Through her experience as a therapist in private practice, she worked with many issues including childhood trauma and abuse. In the last few years, Sally shifted her work more and more into painting under the name Ann Harper as it was evident that people connect, on a personal level with the art. In addition to her mother Rosemary Turgeon and Stephen, her husband of 36 years, she is survived by her children, Charissa (Tim Signor) Shanks Redman of Manitou Beach, Daniel (Elysia) Shanks of Houston, TX, and Kelly (Brandon) Jackson of Apex, NC; brothers, Evan (Jimi) of Jacksonville, NC, Gary (Laurie) of ValDese, NC and Wade Harper of Brooklyn, MI; sister-in-law, Nancy Harper of Hudson; 11 grandchildren and 3 great grandchildren. She was preceded in death by her father, Arlo Harper. A memorial service will take place at 7 p.m., Thursday, June 27, 2019, at Wagley Funeral Home in Adrian with visitation beforehand starting at 5 p.m. Contributions in memory of Sally are suggested to the Ronald McDonald House. Online condolences and memories may be shared at www.WagleyFuneralHomes.com.

ADRIAN &#8211; Sally Ann Harper Shanks, age 64, passed away Saturday, June 22, 2019, at home under the loving care of her family. She was born September 15, 1954, in Jackson, Michigan, the oldest child of Arlo and Rosemary (Creery) Harper, and... View Obituary & Service Information

The family of Sally Ann Harper Shanks created this Life Tributes page to make it easy to share your memories.

Send flowers to the Shanks family.