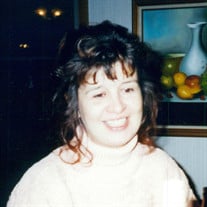 BLISSFIELD – Roxanne “Roxi” Meyers, 62 of Blissfield, passed away Wednesday, October 4, 2017 at her home under the tender care of her family. She was born December 29, 1954, in Toledo, Ohio, to Charles and Corrine (Foster) Wolfinger. On April 8, 1987, she married Michael Meyers in Toledo, and he survives, having shared 30 precious years together. Roxi will be remembered for her love of people and her very giving and caring nature. In addition to her husband, Michael, she is survived by her children, Nicholas (Jill) Schnell of Toledo, Brittany Schnell of Sylvania, and Jason (Dianna) Meyers of Dallas, Texas; grandchildren Nathan Schnell and Carmina Meyers; her sister, Brooksie Kralik of Walbridge, Ohio; and her brother, Chuck Foster. She will be missed by her treasured rescue bulldog, Hazel. At Roxi’s request all services will be private. Those wishing to make a donation in her memory should consider her favorite charity, St. Jude Children’s Hospital.

The family of Roxanne "Roxi" Meyers created this Life Tributes page to make it easy to share your memories.

Send flowers to the Meyers family.