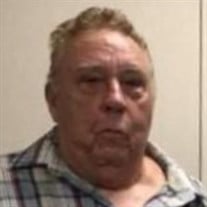 ADRIAN – Robert L. Williams, age 79 of Adrian, died August 18, 2021, at his home under the loving care of his family. He was born June 8, 1942, in Hudson, Michigan, the only son of the late Arnold Williams and Donna (Hephner Williams) Mason. Robert graduated from Waldron High School and attended Jackson College. During the Vietnam War, he proudly served his country in the United States Navy. On March 1, 1982, he married Sharon (Turczin) Maddox, and she survives. Robert and Sharon traveled extensively throughout the United States, Canada, and Europe. As members of Ollie’s Tour Group they went on a number of bus tours as well. They enjoyed square dancing and were members of the Maple City Swingers. Robert also made semiannual trips to Drummond Island for fishing with friends. Robert retired from Stauffer Chemical Company where he was an electrician for many years. He was a life member of the VFW Annis Fint Post #1584 as well as a member of the American Legion Post #97. Before moving to Adrian, he was active in the Waldron VFW. In addition to Sharon, his wife of 39 years, he is survived by their children, Ed (Kelly) Williams and Karen (Ben) Perez, both of Adrian; his sister, Dottie (Joe) Kizer of Waldron; grandchildren, Allison (Elijah) Letson, Dakota Williams, Jonathan (Julia Scoby) Perez and Rachael (Jordan) Kelly; great grandchildren, Benjamin Perez and Colson Kelly; and his first wife, Lillian Whipple of Adrian. He was preceded in death by his parents. All services for Robert will be private. Memorial contributions may be made to Promedica Hospice, VFW Annis Fint Post #1584 or American Legion Post #97. Arrangements have been entrusted to Wagley Funeral Home where online condolences and memories may be shared at www.WagleyFuneralHomes.com.

The family of Robert L. Williams created this Life Tributes page to make it easy to share your memories.