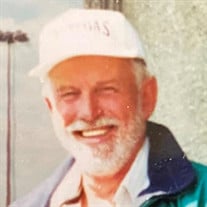 ADRIAN – Robert D. Smith, 76 of Adrian, formerly of Las Vegas, passed away Thursday, December 10, 2020, at Charles & Viginia Hickman Hospital in Adrian. He was born July 2, 1944, to Richard and Mildred (Capshaw) Smith. He was married to Patricia Middleton who preceded him in death. Bob worked as a lineman for many companies, most recently Century Link in Las Vegas where he retired. He was a member of IBEW #396. Bob was an avid fan of all types of racing including NASCAR and dirt track racing. He was very social and enjoyed meeting friends for coffee at different restaurants. Bob delighted in his grandchildren and was very involved in their lives. He is survived by his children, Stephanie (Ronnie) Maddox of Chaplin, KY and Dan (Maria) Smith of Adrian; stepson Stephen Gampst of Las Vegas; six grandchildren who lovingly called him “GBob”, Jordan, Autumn, Jason, Jossalyn, Xavier and Abie; and two brothers, David (Ireta) Smith and Jim Smith. In addition to his wife, he was preceded in death by a sister, Billy Hall and brothers, Joe and Larry Smith. A gathering of family and friends will take place Monday, December 14, 2020, from 2 to 4 p.m. and 6 to 8 p.m. at Wagley Funeral Home in Adrian. Following the Governor’s executive order, all attendees are required to wear a proper face covering, with the exception of those under the age of five years old or those who cannot medically tolerate. Online memories and condolences may be shared at www.WagleyFuneralHomes.com

The family of Robert D. Smith created this Life Tributes page to make it easy to share your memories.