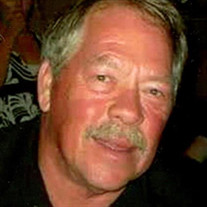 DEERFIELD – With much sadness our family would like all to know the passing of our loved one, Robert Cannon, on Sunday, February 14, 2021, who was surrounded by his family. Robert A. Cannon, also known as “Digger Bob” was born in Adrian on December 8, 1944, to Albert and Frances (Bieber) Cannon. Bob spent most of his life in Deerfield, going to school and graduating with the Class of 1963. In 1960, Bob met Nadine Case and after four years of dating and dancing together, they were married on June 13, 1964, at the First United Methodist Church in Adrian. Bob’s 76 years of life demonstrated what it was to be hardworking. He worked at Bixby Hospital for 20 years, Fisher Body of Tecumseh for 24 years; and retired from Hydro Matic in 1995, after 30 years with General Motors. In his “free time”, Bob was on the Deerfield volunteer fire department; and mowed and dug graves in several cemeteries. He retired from Deerfield Cemetery as the Sexton after 28 years of service. Bob also owned and operated Cannon Monuments in Blissfield for over 30 years. He is survived by his wife, Nadine, of 56 years and their children, Kent (Lou Ann) and Yevette; grandchildren, Andrea, Aaron, Mercedes, Kendra, Marissa, Kieffer, Jarrett and Hannah; 16 great-grandchildren with twin girls due in April. Bob and Nadine are very blessed to have such a wonderful family. He was preceded in death by his parents; brothers, John and Ron Cannon; sister, Jeanette; and in-laws, Hal and Martina Case. Visitation for Bob will be held on Thursday, February 18, 2021, from 2 to 7 p.m. at Wagley Funeral Home, Tagsold Chapel, Blissfield. A private funeral service will be held on Friday, February 19, 2021. Burial will follow at Deerfield Cemetery. Memorial contributions in Bob’s honor may be made to the Deerfield Fire Department or Hospice of Northwest Ohio, Toledo. Following the Governor’s executive order, all attendees are required to wear a proper face covering, with the exception of those under the age of five years old or those who cannot medically tolerate. Online memories and condolences may be shared at www.WagleyFuneralHomes.com

DEERFIELD &#8211; With much sadness our family would like all to know the passing of our loved one, Robert Cannon, on Sunday, February 14, 2021, who was surrounded by his family. Robert A. Cannon, also known as &#8220;Digger Bob&#8221; was... View Obituary & Service Information

The family of Robert A. Cannon created this Life Tributes page to make it easy to share your memories.

DEERFIELD – With much sadness our family would like all to know...

Send flowers to the Cannon family.