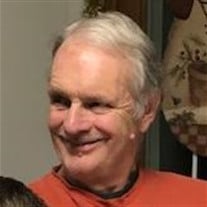 ADRIAN- Richard “Dick” Mark Van Opynen age 67, of Adrian, passed away on Thursday, December 12, 2019, at home. Dick was born on January 23, 1952, the only son of Herman and Juanita (Knox) Van Opynen. He married Vicky and they raised three wonderful daughters. Dick was the owner and operator of Dick’s Amoco East and West in Adrian, for over 25 years. He is survived by his wife, Vicky; daughters and sons-in-law, Renee and Matt Jackson, Marney and Kevin Daugherty and Julie and Sean Betz; grandchildren, Luke and Owen Jackson, Ethan and Grant Daugherty, Lainey, Maddox, Andrew and Sammy Betz; his mother, Juanita Van Opynen; sister, Elizabeth Rommel and many nieces and nephews. Dick was preceded in death by his father, Herman Van Opynen. A gathering of family and friends will take place on Sunday, December 15, 2019, from 2 to 5 p.m. at Wagley Funeral Home. In lieu of flowers, the family requests that contributions in Dick’s memory be made to donor’s charity of choice. Online condolences and memories may be shared at www.WagleyFuneralHomes.com.

The family of Richard "Dick" Mark Van Opynen created this Life Tributes page to make it easy to share your memories.