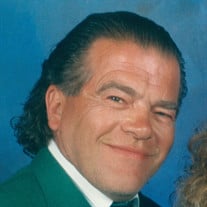 ADRIAN – Richard E. “Shine” Applin, age 75 of Adrian, passed away suddenly, Wednesday, January 31, 2018, after a brief illness. He was born July 4, 1942, in Stambaugh, MI to William and Mae (Putz) Applin. He graduated from Onsted High School with the Class of 1960, and went on to earn an Associate’s Degree from University of Toledo. On November 1, 1975, he married Sherryl Rymal in Adrian, and they have celebrated over 42 years together. For several years he worked at Bixby Medical Center as a respiratory therapist. In the 1980’s he opened Shine’s Auto Clean where he was still working. Shine loved all sports, and was a loyal Spartan fan. He was an avid golfer and a member of the Eagles, American Legion and Moose Lodge. In addition to his wife, Sherryl, he is survived by a daughter, Heather (Kyle) Douglas of Los Angeles, CA; grandsons, Killian Parker and Justin Todd Applin; siblings, Dean (Andrea) Applin of Toledo, Margaret Applin-Martin of Ann Arbor, and Jane Applin of Onsted; and numerous nieces and nephews. He was preceded in death by his son, Richard “Todd” Applin; daughter, Joanne Applin Parker; and siblings, William Applin and Carol Mapes. A celebration of Shine's life will take place from 1-5 PM on Saturday, April 7, 2018, at the Adrian Eagles 2371, located at 2570 W. Beecher Rd. in Adrian. Contributions in memory of Shine are suggested to Hope Community Center. Online condolences and memories may be shared at www.WagleyFuneralHomes.com.

The family of Richard "Shine" Applin created this Life Tributes page to make it easy to share your memories.

Send flowers to the Applin family.