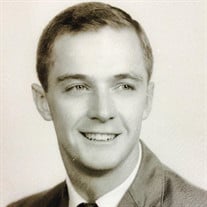 ADRIAN – Raymond “Jack” Betzoldt, age 82 of Adrian, passed away unexpectedly Tuesday, May 23, 2017. Born December 4, 1934, in Romulus, Michigan, he was the oldest of the five sons of Raymond and Carrie (Bird) Betzoldt. Jack’s early years were spent in Kentucky before the family moved to Macon. He graduated in 1952 from Tecumseh High School and attended Western Michigan University and Michigan State University. Jack proudly served his country in the United States Army as well as the United States Navy Reserves. On February 18, 1978, Jack married Mary Cermak, and they have shared over 38 years together. A true renaisance man, Jack lived life to the fullest; traveling and skiing all over the world, being involved with Ski Patrol at Boyne Mountain as well as in Colorado, race car driving and playing golf, shooting a 41 just last week. Jack was a member of a family of pilots, and maintained his pilot’s license for over 40 years. Known as a ‘Jack of all trades’ he worked for Modern Engineering and Tecumseh Products before consulting on his own as an engineer. In addition to his wife, Mary, Jack is survived by his daughter, Ann (Jason) Smart of Adrian; grandchildren, Grace and Zeke; siblings, Leroy “Buz” (Kathleen), Daniel (Linda), both of Tecumseh, Frederick (Phyllis) of Brighton, and Glen (Laura) of Sand Lake; and many nieces and nephews. He was preceded in death by his parents. Memorial services will take place at 11:00 a.m., Saturday, May 27, 2017, at Wagley Funeral Home with Rev. Drew Hart officiating. Visitation will be held at the funeral home Friday, from 3:00 to 6:00 p.m. Contributions in memory of Jack are suggested to Adrian Schools Educational Foundation - STEAM Program. Online condolences and memories may be shared at www.WagleyFuneralHomes.com.

The family of Raymond "Jack" Betzoldt created this Life Tributes page to make it easy to share your memories.

Send flowers to the Betzoldt family.