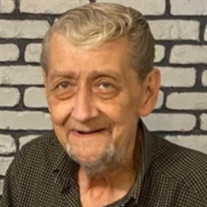 ADRIAN – Palmer “Ray” Williams, age 74, of Adrian, passed away Saturday, April 24, 2021, at ProMedica Charles & Virginia Hickman Hospital. He was born June 11, 1946, in Morenci, to Bessie Shepherd, and was raised by his grandparents, Lilburn and Mary Williams. On February 1, 1963, he married Judith Munk in Adrian. She preceded him in death in 2009. Ray retired from Dura with 30 years of service. He was a member of Bethel Baptist Church. Although Ray had many hobbies including hot rod cars, CB radio operator, gardening and working on electronics, his favorite time was spent with his family. Ray is survived by his children, Tammy Long, Joseph (Paula) Williams, Larry (Valerie) Williams and Pamela (Brent) Ward; Angie Frank, who is like a daughter; 14 grandchildren: Michael, David, and Jeremy Long; Lindsay, Chelsey, and Brooke Williams; Tabitha, Tahneshia, and Lawrence Williams; Anthony Williams; Ashley Williams; Tyler, Noah, and Kelsey Ward; and 21 great-grandchildren. In addition to his mother and Judy, his wife of 46 years, he was preceded in death by a son, Mark Williams, and siblings Lorraine and Jim. Contributions in memory of Ray are suggested to Hospice of Lenawee. All services for Ray will be private. Arrangements have been entrusted to Wagley Funeral Home where online condolences may be shared at www.WagleyFuneralHomes.com.

The family of Palmer "Ray" Williams created this Life Tributes page to make it easy to share your memories.