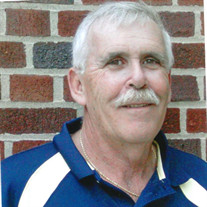 ADRIAN – Michael Matthew Mininger, 78, of Adrian passed away on February 14, 2022, at Promedica Hickman Hospital, Adrian. He was born on December 5, 1943, in Toledo, Ohio to Eugene O. and June E. (Harloff) Mininger. Mike attended Maumee High School in Maumee Ohio, graduating in 1962. Mike married Rose R. Suleski on March 21, 1964. They moved to Adrian in 1967, where Mike worked for many years at Stauffer -Wacker Chemical, later retiring from STI in Adrian in 2006. After retiring, Mike coached girls’ volleyball teams at Madison High School, Manchester High School, Deerfield High School and the Adrian Volleyball Club. He was the assistant coach for women’s volleyball at Siena Heights University for 13 years. Mike enjoyed being a coach and mentor and was always very proud of the players that were a part of his teams. Mike is survived by his loving wife of 58 years, Rose (Suleski) Mininger; their sons, Matthew Mininger (Steve Murphy) of Columbus, Ohio, and Jeffrey (Tonya) Mininger of South Bend, Indiana; several brothers-in-law and sisters-in-law; and many, many, nieces and nephews. He was preceded in death by his parents, June E. and Eugene O. Mininger; brother, Jonathan Mininger; sister, Lois Mininger Hancock and nephew, Russel Moebius. . Mike’s family would like to thank the doctors and nurses at ProMedica Charles & Virginia Hickman Hospital, as well as ProMedica Hospice for the exceptional care they provided during Mike’s last days. A memorial celebration of Mikes life will be held on Saturday, April 23, 2022, at 2:00 p.m. at Wagley Funeral Home in Adrian. Visitation will be from 1:00 p.m. until the start of the service. Memorial contributions may be made to the donor’s choice. Online condolences and memories may be shared at www.WagleyFuneralHomes.com.

The family of Michael Matthew Mininger created this Life Tributes page to make it easy to share your memories.

Send flowers to the Mininger family.