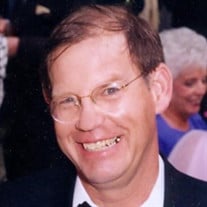 Dr. Michael Howard Dawson Dr. Mike Dawson of Adrian, Michigan passed away November 16, 2020 of natural causes. Mike’s wife Lynne predeceased him as did his brother Richard, and he is survived by his step-sons Jon and Jay Nicols, his younger brother Pat (Ellen), sister-in-law Elaine, nieces Amanda and Maureen, nephews Andrew and Michael, and his beloved Saint Bernard Barkley. Mike was born in Ypsilanti, Michigan on May 12, 1945, to Howard and Elizabeth (Williamson) Dawson. Early on, he demonstrated a quick mind, a great sense of humor and exceptional athletic abilities. His athletic skills distinguished him and ranged from backyard hockey games to baseball and ultimately football. In 1960, the family moved to Arlington Heights, Illinois where he was a brilliant student at Prospect High School and an All-State fullback in 1962. He earned a full athletic scholarship to Vanderbilt University where he again distinguished himself both academically and athletically, graduating in 1967. Mike went to Medical School at the University of Michigan, followed by an internship at Vanderbilt and later an Orthopedic residency at The Cleveland Clinic. He was Commissioned as a Major US Army in 1975 serving at Fort Jackson Army base in Columbia, SC. Upon completion of his Army duty, Mike moved to Adrian Michigan where he started Southeastern Orthopedics, operating out of Bixby Hospital, where he also served on the Board for a number of years. Over the years in Adrian, whenever he was out in town or at dinner, patients would stop by to tell them how they were doing – seemed like he had operated on just about everyone in town. Doctor Mike or “Doc” (as he was affectionately called) continued to merge his Medical practice with his love of sports. He was the team Doctor for high school football teams for a number of years, and often consulted with the University of Michigan football Orthopods and some pro athletes (Bo Jackson to name one). Mike and his wife Lynne also were ardent supporters of Siena Heights University. He was a member of the Board of Trustees for 21 years, served as the Chair of the Academic Affairs Committee for many years, and also a volunteer football coach. Mike and Lynne were also very generous benefactors to Siena, particularly in athletics. The field at O’Laughlin Stadium is named after Mike and his late wife, Lynne. Although it is difficult to summarize a life in a paragraph, perhaps these words by his friend Gary Gray help: “his life impacted so many, healed so many and blessed so many – toughest, yet gentlest man I ever knew.” A Celebration of Life will be held on Saturday, August 14, 2021 at 11:00 a.m. at Siena Heights University, on the football field. Sister Peg Albert, President of Siena Heights University will be leading the celebration. Arrangements have been entrusted to Wagley Funeral Home where online condolences and memories may be shared at www.WagleyFuneralHomes.com.

Dr. Michael Howard Dawson Dr. Mike Dawson of Adrian, Michigan passed away November 16, 2020 of natural causes. Mike&#8217;s wife Lynne predeceased him as did his brother Richard, and he is survived by his step-sons Jon and Jay Nicols, his... View Obituary & Service Information

The family of Michael H. Dawson MD created this Life Tributes page to make it easy to share your memories.

Send flowers to the Dawson family.