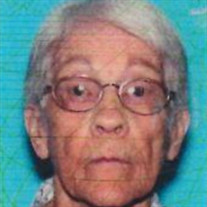 ADRIAN – Mary L. Webster, 94, of Adrian died Tuesday morning, April 19, 2022 at Oasis of Adrian while under the compassionate care of Hospice of Lenawee. Born August 20, 1927, Mary was the daughter of Clarence and Margaret (Stanley) Lightfoot. On August 30, 1947, Mary married Calvin Webster. They shared over 60 years of marriage before he preceded her in death in 2008. Mary was a homemaker and loved to care for her family and her home. Following the couple’s formal retirement in 1973, they moved to Arizona where they resided for four years, followed by Fort Worth, Texas for five years, before returning to the Adrian area. In their spare time, Mary and Calvin enjoyed square dancing and traveled extensively with a square dancing club. Mary is survived by her brothers George Lightfoot and Jerry Lightfoot; sisters, Mona Harmon and Judy Case; special niece and caregiver, Lissa Lightfoot; several nieces and nephews; and her extended family. In addition to her parents and her husband, Calvin, Mary was preceded in death by her beloved son, Robin Webster in 1989; her brothers, Paul Lightfoot, Clarence Lightfoot, Jr., Thomas Lightfoot, and Joseph Lightfoot; sister, Betty Jane Lightfoot; and a brother in infancy. All services for Mary will be private. She will be laid to rest between her husband, Calvin and her beloved son, Robin in Palmyra Cemetery. Wagley Funeral Home, Adrian has been entrusted with arrangements. The family suggests that memorial contributions to honor Mary be made to Hospice of Lenawee. Online condolences and memories may be shared at www.WagleyFuneralHomes.com.

ADRIAN &#8211; Mary L. Webster, 94, of Adrian died Tuesday morning, April 19, 2022 at Oasis of Adrian while under the compassionate care of Hospice of Lenawee. Born August 20, 1927, Mary was the daughter of Clarence and Margaret (Stanley) Lightfoot.... View Obituary & Service Information

The family of Mary L. Webster created this Life Tributes page to make it easy to share your memories.

Send flowers to the Webster family.