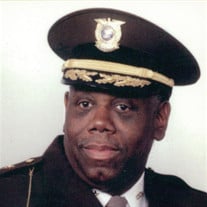 ADRIAN- A busy life came to an end on May 30, 2018, when Lawrence (Larry) Richardson, Jr. was called to his heavenly home. He was born June 18, 1945, in Elaine, Arkansas to Lawrence and Essie (Reed) Richardson. He married Zelma Allen on August 27, 1967, in Adrian, Michigan and they have one son, Bryan and a granddaughter, Alyssa Shae Richardson; family members, Roxie Thompson, Patricia Hall, and Bill Hall. He is also survived by two sisters; Maggie (Robert) Ensley of Dallas, TX, and Bertha Glasgow of Elaine, AR; two brothers, Oscar (Debra) Richardson of Wabash, AR and Andrew (Maxine) Richardson of Rose Hill, MS; a special aunt, Mary Sims of W. Helena, AR; as well as a host of nieces, nephews and other extended family members. He was preceded in death by his parents and sisters, Lillie Dunlap, Verllee Young, Shirley Richardson, Bobbie Richardson and Mary Johnson. Larry graduated from Lakeview High School in Lakeview, Arkansas. He attended and received associate’s degrees from Jackson Community College and Siena Heights University in Criminal Justice, a Bachelor of Science Degree from Siena Heights University and a Master’s Degree is Criminal Justice Management from Madison University. He also did work on a Master’s Degree at Eastern Michigan University and work on a Juris Doctorate Degree at the Thomas M. Cooley Law School. Having a true desire to serve and protect all people, Larry joined the Adrian Police Department in March 1969, becoming the first African American to serve the citizens of this community in this capacity. Larry thoroughly enjoyed every aspect of this profession, therefore providing 32 years of service to the citizens of Adrian and the surrounding community. He often fondly recalled his duties as the Adrian Police Detective/School Liaison Officer from 1983-1999. This provided him with the opportunity to work with young people of this community, hopefully making a small positive difference in some lives. Larry was also blessed with the ability to share some his knowledge and experience with students at Siena Heights University as an adjunct professor in the Criminal Justice program. Larry gave his time freely by serving on many non-profit boards. He was a former member of the Siena Heights University Alumni Board and the Siena Heights Board of Trustees. He was always eager to give back to the community that had been so good to him. He was a member of the Second Baptist Church, serving as the Chairman of the Trustee Board for many years. He taught youth Sunday School Class as well as a BTU Class. In November 2000, the citizens of Lenawee County put a crowning tower on a great law enforcement career by electing him sheriff of the county. Their faith and trust was renewed in him in November 2004 by electing him a second four year term as sheriff. Larry’s major traits were; he had a strong rapport with all people; possessed strong listening skills; the ability to learn peoples’ needs; ability and willingness to devote all the time necessary for the completion of a project; and non-judgmental values. Funeral services will be held at 11 a.m., Saturday, June 9, 2018 at Herrick Chapel at Adrian College with Rev. Russell Henagan officiating. Burial will follow at Lenawee Hills Memorial Park in Adrian. Visitation will take place at Wagley Funeral Home in Adrian on Friday, June 8th from 12-8 p.m. Memorial contributions are suggested to the charity of the donor’s choice. Online condolences and memories may be shared at www.WagleyFuneralHomes.com.

ADRIAN- A busy life came to an end on May 30, 2018, when Lawrence (Larry) Richardson, Jr. was called to his heavenly home. He was born June 18, 1945, in Elaine, Arkansas to Lawrence and Essie (Reed) Richardson. He married Zelma Allen on August... View Obituary & Service Information

The family of Lawrence Richardson Jr. created this Life Tributes page to make it easy to share your memories.

Send flowers to the Richardson family.