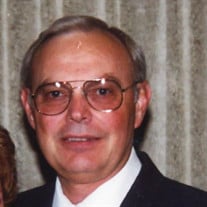 ADRIAN –Lawrence “Larry” J. Liedel, age 72, of Adrian died on Thursday, August 26, 2021 at St. Joseph’s Hospital in Ann Arbor with his family by his side. Born on October 27, 1948 to Joseph and Beverly (Smith) Liedel in Adrian. Larry grew up attending Sand Creek Schools and graduated with the Class of 1966. He married Rebecca “Becky” Dusseau on November 24, 1979 and they have been blessed with 41 years together. Larry was a man of strong faith and gave of his time and talents. He was a former deacon at Fellowship Bible Church and most recently was a member of Adrian’s First Church of the Nazarene. Larry served on the Madison Township Board for over 20 years, Salvation Army Board member and belonged to the Adrian Breakfast Lions Club. Starting his career in firefighting in 1971, Larry went on to become the Adrian Fire Chief in 1991; retiring in 1999 after 28 years of dedicated service. He expanded his skills by attending the Advanced Firemanship Class at the University of Michigan in 1972; and the National Fire Academy in Maryland in 1985. During his time with the city’s fire department, Larry was a fire service instructor, a member of the Lenawee County Fire Chief’s Association, International Association of Fire Chiefs, National Fire Protection Association and serving five years on the executive board of the Michigan Fire Chief’s Association. In 1995, he was appointed to the Michigan Fire Safety Board by Gov. John Engler. In Larry’s free time, he enjoyed riding motorcycles and belonged to the Tecumseh HOG Chapter, cheering on his Tigers and watching NASCAR. In his younger years, Larry raced cars at Manchester Speedway. He was an animal lover and had many pet dogs over the years; what Larry kept quiet about was the soft spot he had for cats too. Larry valued the time he spent with his family, and you could always find him at his children or grandchildren’s school and sporting events. In addition to his loving wife, Becky, he is survived by his children, Tommy (Nguyet) Flowers, Missy (Alex) Shively and Elizabeth (Lucas) Spencley; grandchildren, Shelby, Danielle (Zachary), Charlotte, Hunter, Fiona, Theodore, Penelope and Oliver; great-granddaughter, Madeline; siblings, Ken and Jerry Liedel and their families; and his faithful four-legged companions Marshall and Andy. Larry was preceded in death by his parents. Visitation for Larry will be on Sunday, August 29, 2021 from 1 to 6 p.m. at Wagley Funeral Home, Adrian. Family is requesting all who attend to wear masks. Funeral services will be private. In lieu of flowers, donations may be made in Hunter’s name to Jasmynn’s Voice, with envelopes available at the funeral home. Online condolences and memories may be shared at www.WagleyFuneralHomes.com.

The family of Lawrence "Larry" J. Liedel created this Life Tributes page to make it easy to share your memories.

Send flowers to the Liedel family.