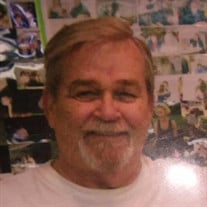 ADRIAN – Larry D. Sanford, 82, of Adrian, died Friday evening, February 25, 2022. Born November 20, 1939 in Adrian, he was the son of Harvey and Marion (Myers) Sanford. Upon graduating from high school, Larry enlisted in the United States Marine Corps. He proudly served our nation for four years, while stationed in Japan. Larry was employed as a Foreman for the Budd Company for over 21 years, until his retirement. On July 30, 1994 Larry married Kathy Brockway. She survives to cherish over 27 years of love and memories. Larry was a proud member of Alcoholics Anonymous for over 39 years and was co-founder and honorary member of the Serenity House in Adrian. He was an integral part of the negotiation team, bringing the Alcoholics Anonymous International Convention to Detroit. Larry was also a past delegate for Area 32 for A.A. In his spare time, Larry enjoyed spending time with his family and friends, and playing cards. He had love of everything motorcycles, which has continued for over 50 years. In addition to his beloved wife, Kathy, Larry is survived by their children, Dori Serrels, Leon (Carol) Sanford, Larry (Lisa) Sanford, Kimberly (Tommie) Carey, Shannon Barber, Shane (Misty) Sloan, Craig Sloan, and Nicole (Derek) Jenkins; 13 grandchildren; numerous great-grandchildren; and his siblings, Ann (Bill) Witt, Greg (Sharon) Sanford, and Pat (Tom) Perkins. Larry was preceded in death by his parents and a brother, Mike Sanford. A funeral service for Larry will take place on Friday, March, 4, 2022 at 1:00 p.m. at Wagley Funeral Home, Adrian with Pastor Russell Henagan, officiating. Burial will follow at Fairfield Cemetery. Military honors will be conducted by Annis Fint Post #1584 and American Legion Post #97. Visitation will be held on Thursday from 4:00-8:00 p.m. at the funeral home, and again on Friday beginning at 12:00 p.m. and continuing until the time of the service. To honor Larry’s memory, the family suggests that contributions be made to the Serenity House. Online condolences and memories may be shared at www.WagleyFuneralHomes.com.

The family of Larry D. Sanford created this Life Tributes page to make it easy to share your memories.

Send flowers to the Sanford family.