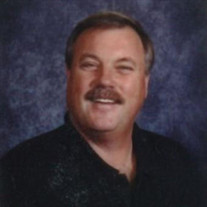 HUDSON – Kevin James Molter, 67, of Hudson died Thursday afternoon, February 24, 2022 at home peacefully under the care of Hospice of Lenawee. Kevin was born on July 27, 1954 in Jackson, Michigan, the son of Milton and Betty (Ellis) Molter. He was one of the six children who made up the “K” gang. He grew up in Lansing and Livonia and graduated from Clarenceville High School with the Class of 1972. Kevin attended several community colleges/tech schools and colleges before he earned his bachelor’s and master’s degree from Central Michigan University in the field of Administration and Education. Kevin met his future wife, Peggy Whitman, when he attended Northern Michigan University and they were married on August 7, 1976, in Marquette, Michigan. They have shared over 45 years together of adventures and raising a wonderful family. Kevin loved learning and instilled this motivation in his students and those he met over the years. He taught wood shop, math, the industrial arts, and retrained himself to teach CAD classes at Adrian High School as well has helping oversee some of the first online alternative courses. He coached a variety of sports including football, swimming, tennis and volleyball. Kevin thrived being outdoors whether it was when he was farming and working the soil in the fields; or when he took the time to relax and enjoy fishing, hunting or boating. Kevin has been described as a “dreamer and a doer”. He pushed himself to try new things like earning his pilot’s license, even owning a plane, raising turkeys and chickens, starting a boat rental business, owning a yacht, and learning to fix anything. Kevin believed in being active and giving back to your community; demonstrated in many ways, including being a former president of the Adrian Education Association, former Knights of Columbus member, an active NRA member, a former sheriff deputy and EMT volunteer in Clare County; and with Peggy, supporting in various ways many other charities and causes. In addition to his wife, Peggy, Kevin is survived by their children, Robert (Erin) Molter of Waterford, Megan (Joshua) Smithburg of Charlevoix and Thomas (Christa) Molter of Kalamazoo; seven grandchildren: Logan, Isabella, Eli, Charlotte, Orion, Flynn and Harrison; sisters, Kyle Dycio, Karen Gebarowski and Kathleen Brevoort; brothers, Ken Molter and Konrad Molter; and many wonderful in-laws, nieces and nephews, and cousins, on both sides of their family and many friends he thought of as family. He was preceded in death by his parents. Following Kevin’s wishes, cremation will take place. A memorial visitation will be held on Saturday, March 12, 2022, from 11 a.m. to 3 p.m. at Wagley Funeral Home in Adrian. Memorial contributions may be made to Hospice of Lenawee or to the cancer campaign/research of your choice. Online condolences and memories may be shared at www.WagleyFuneralHomes.com.

HUDSON &#8211; Kevin James Molter, 67, of Hudson died Thursday afternoon, February 24, 2022 at home peacefully under the care of Hospice of Lenawee. Kevin was born on July 27, 1954 in Jackson, Michigan, the son of Milton and Betty (Ellis) Molter.... View Obituary & Service Information

The family of Kevin James Molter created this Life Tributes page to make it easy to share your memories.

Send flowers to the Molter family.