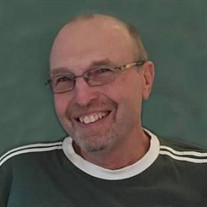 BLISSFIELD- Keith L. Eisenmann, 68, died in an accident Tuesday, November 26, 2019, at his beloved farm. Born May 9, 1951 to Lowel I. and Eileen J. (Hazard) Eisenmann, Keith lived loving and following Jesus Christ. Faith, family, and farming describe Keith’s legacy, instilled in him while growing up and building a close family bond. He was humble, amazingly kind and generous, always smiling, and full of integrity and the joy of the Lord. During his school years, he played in the band and several sports, football being his favorite. In 1968 as football captain he crowned the Homecoming Queen Barbara Slaybaugh, his sweetheart since middle school. He was an FFA member, earning the State Farmer, State Officer, and the national American Farmers awards. He also received Farm Bureau’s first-runner-up Michigan Young Farmer Award. He graduated from Blissfield High School in 1969 and later from Michigan State University (1973) as an AGR Fraternity member with a Bachelor’s degree in Agricultural Mechanization. Upon graduation, he started full time farming with his father, a passion in his heart from the age of eight. Later he farmed with both brothers, Zell and Noel, and most recently with Zell (EGA, Inc.). On June 17, 1972, Keith began 47 years of marriage with his sweetheart and best friend, Barbara Slaybaugh. The love of each other’s lives, together they farmed, cheered on the Spartans, and invested in their family and Elem3nt Church, where he was a member and elder. He was a faithful youth leader for 25 years, plus taught many Bible studies and small groups. Keith continually built memories with family and friends through MSU games, camping, sharing ice cream (especially with his grandkids), and restoring old cars. He also enjoyed using his engineering mind to fix things at home, on the farm, and for many loved ones. An amazing husband, father and grandfather, he is survived by Barbara; his children Audra (Stephen) Paulaski of Palmyra; Jamie (Mark) Warner of Old Hickory, TN; Eric (Tamar) Eisenmann of Spring Arbor; and Natalie (Eli) Benko of Adrian; grandchildren Dominic, Malcolm and Henry Warner, Mikelle and Titus Eisenmann, Tessa, Miles, Josie, and Noelle Benko; siblings Wonet Kulwicki (Richard Ryan) of Onsted, Dawn (Sam) Rupp of Hudson, Rose (Adrian) Ninaber of Amherstburg, Canada, Zell (Rita) Eisenmann of Blissfield, and Noel (Dorothy) Eisenmann of Blissfield; brother-in-law Douglas (Fay) Slaybaugh of San Clemente, CA; and numerous nieces, nephews, great-nieces, great-nephews, and cousins. Keith was preceded in death by his parents and his in-laws, Theodore and Phyllis Slaybaugh. The memorial service for Keith will be Saturday, December 7, 2019 at 11:00 a.m. at Elem3nt Church in Blissfield with Pastor Gayle Ruble officiating. Visitation will be Friday from 4-8 p.m. at Elem3nt Church and on Saturday from 10:00 am until the time of the service. Wagley Funeral Home, Tagsold Chapel, Blissfield is handling the arrangements. Private burial will be in Pleasant View Cemetery. In lieu of flowers, memorial donations to honor Keith can be made to Elem3nt Church. Online condolences and memories may be shared at www.WagleyFuneralHomes.com.

The family of Keith L. Eisenmann created this Life Tributes page to make it easy to share your memories.

Send flowers to the Eisenmann family.