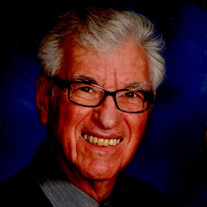 ADRIAN – Keith Bixler, 76, of Adrian passed away Tuesday, December 26, 2017 at Magnumcare in Adrian, under the care of Hospice of Lenawee. Keith was born November 8, 1941 to Dr. Lorin and Margaret (Frye) Bixler in Cambridge, OH. He graduated from Muskingum College in 1963 with a BA Degree. He did pursue graduate work. Keith was in the U.S. Army Reserves from 1964 until 1970. Keith entered YMCA work in 1963 and achieved Sr. Director status while he was the Youth Director of the Brooklyn Branch of the Cleveland YMCA and then Branch Director of the Lee Branch of the Pittsfield, Massachusetts YMCA. When he was the Executive Director of the Galion, Ohio YMCA, he met Luana, and they were married in October, 1973. In August, 1975 the couple, along with their two children, moved to Adrian. Keith served as Executive Director of the Lenawee County YMCA until his retirement on January 1, 1997. During retirement he operated a shuttle service to Detroit Metro Airport, Toledo Express Airport and the Jackson train station for seventeen years. Keith was a member of the Noon Rotary Club for 26 years and served six years on the board of the organization. He was an active member of the First United Methodist Church in Adrian. In addition to his wife of 44 years, Luana Bixler, he leaves behind his son Bill (Jennie) Bixler of Utica, OH and daughter, Amy (Brian) Barnes of Brooklyn; four grandchildren, Billy (Shelbi) Bixler, Jaimie Gallant, Sam Bixler and Jorrian Barnes; and his great-grandson, Will Bixler. Keith is also survived by a brother, V. Ned (Shirley) Bixler of Delaware, Ohio. He was preceded in death by his parents, a younger brother, Joel, and a older sister, Marilyn. At Keith’s request, cremation has taken place and there will be no services. His ashes will be placed in the mountains around Gatlinburg, TN near the Pigeon Forge River, one of his favorite places to visit. Arrangements have been entrusted to the Wagley Funeral Home, Adrian where online condolences and memories may be shared with the family at www.WagleyFuneralHome.com. The family suggests memorial contributions in Keith’s name be made to Hospice of Lenawee, 1903 Wolf Creek Highway. Adrian, MI 49221 or the Adrian First United Methodist Church, 1245 W. Maple Ave., Adrian, MI 49221.

ADRIAN &#8211; Keith Bixler, 76, of Adrian passed away Tuesday, December 26, 2017 at Magnumcare in Adrian, under the care of Hospice of Lenawee. Keith was born November 8, 1941 to Dr. Lorin and Margaret (Frye) Bixler in Cambridge, OH. He graduated... View Obituary & Service Information

The family of Keith Bixler created this Life Tributes page to make it easy to share your memories.

Send flowers to the Bixler family.