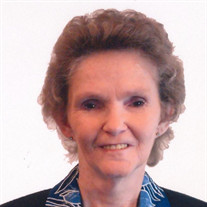 ADRIAN – Janet Kay Risner, age 73, of Adrian, departed this life early Sunday morning, January 10, 2021, from the comfort of her home. She was born April 17, 1947, in Adrian, and lived her entire life in the City of Adrian. Janet’s life revolved around her children and her family. In earlier years she enjoyed travelling with her loving companion of over 30 years, Charles Moran of Adrian. More recently she enjoyed reading and had become an avid wrestling fan, even subscribing to WWF pay-per-views. About 10 years ago, Janet proudly earned an Associate’s Degree from Jackson Community College, fulfilling a lifetime personal goal. A simple woman, Janet possessed a fun sense of humor as well as determination that helped her endure trials and health complications in her life. Surviving in addition to the love of her life, Chuck, are four children, Laura Risner of Adrian, Will (Sandy) Risner of Adrian, Scott (Sondra) Risner of Battle Creek, and Susan Risner; six grandchildren, Jeffrey, Alexis, Tim, Joe, Dylan and Cheyenne; several great-grandchildren; as well as her beloved canine baby, Sassy. Janet was preceded in death by all of her siblings. A visitation for Janet will be held Thursday, January 14, 2021, from 3:00 - 6:00 p.m. at the Wagley Funeral Home, Adrian. In accordance with her wishes, cremation will follow, and her remains will be interred at a later date at the Fairfield Cemetery. Memorial contributions in honor of Janet are suggested to a charity of the donor’s choice. Following the Governor’s executive order, all attendees are required to wear a proper face covering, with the exception of those under the age of five years old or those who cannot medically tolerate. Online memories and condolences may be shared at www.WagleyFuneralHomes.com

The family of Janet Kay Risner created this Life Tributes page to make it easy to share your memories.

Send flowers to the Risner family.