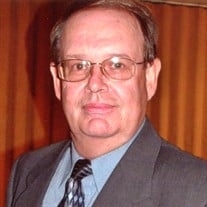 TOLEDO – Jack E. Cory, age 73 of Toledo, formerly of Blissfield, passed away Tuesday, April 23, 2019 at Hospice of Northwest Ohio in Perrysburg. He was born June 4, 1945, in Adrian, to Dot (Doyle) and Charles Cory. Jack graduated from Blissfield High School with the Class of 1963, and attended Colorado State University. Jack was a gifted athlete, lettering in four sports, and was a member of the first class of inductees into the Blissfield Athletic Hall of Fame. Jack married Marcia (Godfrey) Ridgeway in 1993, and she preceded him in death in 2013. Jack’s love of sports carried over into his work life as he was a golf professional for Whiteford Valley Golf Club for several years. Although he changed professions, his love of golf continued and he maintained his membership at Whiteford as well as the Legacy Golf Club for many years. Jack worked in sales management for several years; first at Pipe Supply Company, and later with Tri-State Tubular. He also owned and operated Cory’s Hideaway, a disco in Lambertville, during the 70’s. He is survived by his daughters, Dawn Cory of Wooster, OH and Cheryl Bausman of Holland, OH; son-in-law, Larry Bausman of Blissfield; his first wife, Dianne Cory of Blissfield; his siblings, Sherrie Cory, Victoria (Brian) Papenhagen and Charles (Regina) Cory; step-children, Pam (Terry) Cappelletty, Tari (Craig) Sharp, Kip Ridgeway, Kim (Shane) Corbett, and Mike (Sue) Ridgeway; grandchildren, Courtney, Christopher and Jessica Bausman; and 10 step- grandchildren. In addition to his wife Marcia, he was preceded in death by his parents. Funeral services will take place at 3:30 p.m., Friday, April 26, 2019, at Wagley Funeral Home, Tagsold Chapel in Blissfield with Rev. Douglas Holmes officiating. Burial will be private. Visitation will be held at the funeral home on Thursday from 4 to 8 p.m. Contributions in memory of Jack are suggested to Hospice of Northwest Ohio. Online condolences and memories may be shared at www.WagleyFuneralHomes.com.

TOLEDO &#8211; Jack E. Cory, age 73 of Toledo, formerly of Blissfield, passed away Tuesday, April 23, 2019 at Hospice of Northwest Ohio in Perrysburg. He was born June 4, 1945, in Adrian, to Dot (Doyle) and Charles Cory. Jack graduated from... View Obituary & Service Information

The family of Jack E. Cory created this Life Tributes page to make it easy to share your memories.

Send flowers to the Cory family.