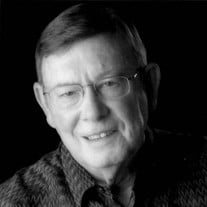 ADRIAN – Gilbert E. Henry, age 81, passed away Saturday, September 21, 2019, at his home under the loving care of his family. He was born June 11, 1938, in Morenci, Michigan, the son of the late E. Merlin and Florence (Rowley) Henry. He graduated from Morenci High School in 1956, and throughout his life stayed in contact with classmates at reunions and lunches. Gil earned a Bachelor’s Degree from Olivet College in 1960. Professionally he continued his studies at University of Toledo, University of Michigan, Michigan State University, National Association of Realtors Institute, and Realtors Land Institute earning numerous certifications and gaining expertise in all facets of real estate. Gil shared his vast knowledge as an instructor for Realtors Land Institute Michigan Chapter, Lenawee VoTec Center, Adrian College, and Lenawee Chamber of Commerce. On June 12, 1982, he married Susan (Schreuder) Van Ooyen, and she survives. In 1974 Gil established Gil Henry & Associates, Inc. In addition to selling real estate, he was extensively involved in residential and commercial construction, development and management; preforming appraisals; and providing testimony as an expert witness in several counties as well as in federal courts. Gil maintained many professional affiliations on the local, state and national levels, including the Lenawee County Board of Realtors where he served in many leadership positions, Michigan Association of Realtors, Detroit Area Board of Realtors, as well as National Association of Realtors. As the recipient of numerous awards such as Lenawee County Realtor of the Year, the Golden Rule Award, Who’s Who in the Midwest, and Who’s Who in Business and Finance multiple years, his most treasured award was the Distinguished Alumni Award he was honored with in 2013 from Morenci High School. Gil was also committed to his community and served on the boards of the Adrian Central Business District and Lenawee County Chamber of Commerce. Gil was most proud of his relationships with his family and friends. In addition to Susan, his wife of over 37 years, he is survived by his children: Gilbert (Amy) Henry, of Manitou Beach, Amy (Jerry) Malek of Sylvania, Tamera Sullivan of Riga, Amy Conder of Charlotte, NC and Christine Hall of Fenton; nine grandchildren: Danielle (Tyler) Fearn, Isaac and Alyssa Henry, Nicholas Hall, Benjamin, Macey and Nathan Malek, Arie and Peyton Conder; and five great grandchildren: Trent, Jax and Mia VanSteenkiste, Chase Collyer and Leighton Henry. Besides his parents he was preceded in death by siblings Robert Henry and Barbara Rouse. Funeral services will take place at 11 a.m., Wednesday, September 25, 2019 at Wagley Funeral Home with Rev. Debi Humphreys officiating. Burial will be private at Oakwood Cemetery. Friends may visit the family at the funeral home Tuesday from 5 to 8 p.m. Those considering a contribution in Gil’s memory may direct their gifts to the American Lung Association or Hospice of Lenawee. Please share online condolences and memories at www.WagleyFuneralHomes.com.

The family of Gilbert E. Henry created this Life Tributes page to make it easy to share your memories.

Send flowers to the Henry family.