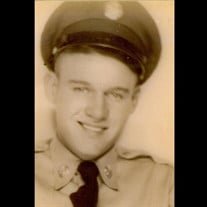 MORENCI—George Gustave Vereecke, age 80, of East Street N., Morenci, died early Saturday morning, June 13, 2020, in the comfort of his home surrounded by his family while under the care of Hospice of Lenawee. Born June 18, 1939, in Morenci, he was the son of the late Richard and Yvonne (Verougstraete) Vereecke. George was a 1957 graduate of Morenci High School. He proudly served in the United States Army from 1958 to 1961, during the Korean Conflict. On September 26, 1959, George married Diana L. Fogelsong at Our Lady of Mercy Catholic Church in Fayette, OH. Diana survives to cherish the memories they created over the 60 years of marital bliss they shared. George attended Trade School, working with sheet metal, and learning the skill of heating and air conditioning. He began his career working in the trade employed by Dunbar-Borton from 1964 to 1976. He helped build the Adrian Mall and part of Adrian College. He later advanced his career as a Chemical Operator for Parker until its closure in 1989. He was then employed by Simplex of Adrian, followed by Bohn Aluminum, until his retirement in 2001. He was an active member of the Fayette Church of the Nazarene. There he was known to the children as the “Candyman,” because he always had a sweet treat or two in his coat pocket. He participated in the Men’s Bible Study and helped with the Youth Group. Prior to that, George was a member of Our Lady of Mercy Catholic Church in Fayette, where he taught Catechism and served as a Eucharistic Minister. A lifelong and proud member of the City of Morenci, George created keepsakes from remnants of the former Morenci High School, that the Bulldog Alumni truly treasured. He proudly led the Morenci Memorial Day Parade for nearly 40 years and received a plaque for serving as “Officer of the Day.” He was also a part of the Legion’s Drill Team. George was well known for his generous heart and charitable giving, especially for his concern and care for the elderly. He will also be remembered for his incredible sense of humor and quick wit. In his spare time, George enjoyed gardening, fishing, and woodworking, creating birdhouses and squirrel feeders. Surviving in addition to his wife, Diana, are three daughters, Melony (Alan) VanBrandt of Morenci, Vandria (Doug) Bower of Coldwater, MI, and Tonia (Dan) Hoffman of Morenci; 16 grandchildren, Zach, Katie, Tyler, Adam, Alyssa, Austin, Aubrey, Alexis, Anna, Ashla, Erin, Sara, Alec, Levi, Naomi, and Malachi; 8 great-grandchildren, Emma, Harper, Caleb, Nolan, Eden, Kree, Lander, and Violet, with 2 more “on the way;” and a daughter-in-law, Karen Vereecke of Adrian. In addition to his parents, George was preceded in death by a son, Jeffrey Vereecke; his twin brother, Richard Vereecke; sister, Lorraine Mannschreck; granddaughter, Ashlee; and great-grandson, Elijah. Private funeral services for George will be held Wednesday, June 17, 2020, at the Fayette Church of the Nazarene with Pastor Andy Reynard officiating. Burial will take place in Oak Grove Cemetery in Morenci. Full military honors will be presented by the Morenci American Legion Post 368. Arrangements were entrusted to the care of Wagley Funeral Home in Adrian. The family suggests that memorial contributions to honor George be made to Hospice of Lenawee. Online memories and condolences may be shared at www.WagleyFuneralHomes.com

MORENCI&#8212;George Gustave Vereecke, age 80, of East Street N., Morenci, died early Saturday morning, June 13, 2020, in the comfort of his home surrounded by his family while under the care of Hospice of Lenawee. Born June 18, 1939, in Morenci,... View Obituary & Service Information

The family of George Gustave Vereecke created this Life Tributes page to make it easy to share your memories.

Send flowers to the Vereecke family.