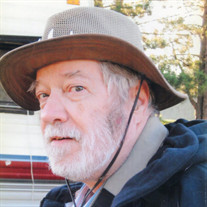 George Felbaum Sr. died on April 29, 2020 at the age of 83. He is survived by his wife and soul mate Sibyl, his two ex-wives, his brother Paul, and his four children: Vicki, Sandy, George (Jill), and Grant (Jen). He also had six grandchildren (Ashley, Paige, Scott, Jillian, Savannah, Aubrey) and three great-grandchildren. George was born January 26, 1937, the eldest son of George and Bertha Felbaum. Originally from Youngstown, PA, George’s lifetime motto was “make it happen.” He wasn’t big on accepting excuses from himself or others. He was married at 17 and worked hard to earn his degree from the University of Pittsburgh. He drove fifty miles to attend school three evenings a week for seven years while working full time at Vanadium Alloys Steel Company as a research technician. His hard work paid off and he graduated in 1964 with a B.S. in Metallurgical Engineering. Upon graduation, George began working for Ford Motor as a technician. In four short years, he became the Manager of Chemical and Metallurgical Engineering. He continued to hold managerial positions at Ford for the next 34 years. Throughout most of his professional life, he farmed his 320 acre farm along with additional acres he rented. Using evenings and weekends, he remodeled two houses and built two more. He capped off his personal construction career by building his log home - requiring almost four years of weekend labor. On a personal level, George was an adrenaline junkie. He started by earning his pilot’s license shortly after joining Ford. He continued with downhill skiing and enduros racing with dirt bikes. Two years after graduating he completed his first big game hunt in Wyoming. He went on to hunt the Yukon Territory, most of the Canadian provinces, and all the mountain states in the USA. In 1972, he completed his first 22 day African hunt in Botswana. On this hunt he harvested 13 trophies. Over the next 24 years, he hunted ten African safaris covering six African countries and Australia. During this time, he shot the “dangerous seven,” many of them multiple times. These hunts involved do or die charges by elephants, lions, cape buffalo, and a wounded leopard. In all, he collected 83 trophies. In order to ensure his safety while hunting dangerous game, George began participating in high-power rifle matches at Camp Perry. He competed for 20 years and won 30 medals until arthritis ended his competition career. His favorite event was competing at 1,000 yards. A heart attack in 2007 ended his dangerous game hunting and limited his competitive shooting. He continued to compete and shoot in short-range high power, silhouettes (using a 40-65 buffalo rifle), benchrest, trap and sporting clays for the rest of his life. His wife, Sibyl, supported his activities by carrying his shooting gear and scoring his targets. God bless her! Although giving up dangerous game hunting was disappointing, he continued deer hunting on their farm until his final years. He was in the habit of saying, “In life, I got my money’s worth!” He planned on driving to heaven in his 2013 red Corvette. A prayer service will be held at 3 pm. on Thursday, May 7, 2020, at Wagley Funeral Home, with Rev. Daniel Wheeler. Due to COVID-19 restrictions, the number of individuals will be monitored in the funeral home. There will be a Memorial Celebration of Life honoring George later this summer. Online memories and condolences may be shared at www.WagleyFuneralHomes.com.

George Felbaum Sr. died on April 29, 2020 at the age of 83. He is survived by his wife and soul mate Sibyl, his two ex-wives, his brother Paul, and his four children: Vicki, Sandy, George (Jill), and Grant (Jen). He also had six grandchildren... View Obituary & Service Information

The family of George E. Felbaum created this Life Tributes page to make it easy to share your memories.

Send flowers to the Felbaum family.