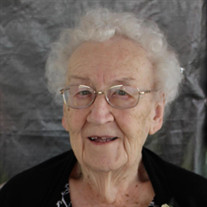 Elizabeth Clara (Wiederkehr) Ladd got her final wish to go &#8220;Beyond The Sunset&#8221;, one of her favorite songs. She passed away surrounded by her family, on January 15th, 2021 in her son's home, where she has resided for the last 13 years.... View Obituary & Service Information

The family of Elizabeth Clara Ladd created this Life Tributes page to make it easy to share your memories.

Elizabeth Clara (Wiederkehr) Ladd got her final wish to go “Beyond...

Send flowers to the Ladd family.