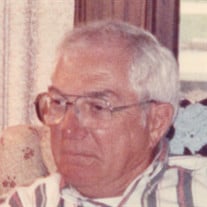 Adrian—Edwin A. Muste, 83, of Adrian, passed away Wednesday, November 15, 2017, at home surrounded by his family and under the care of Hospice of Lenawee. He was born August 6, 1934, in Grand Rapids, Michigan, and later adopted by Peter and Katherine Muste. He was in the United States Navy from 1950 to 1954, seeing involvement in the Korean War. Ed married Wanda Olson on October 19, 1957, in Grand Rapids, Michigan, and they have shared 60 wonderful years together. He worked for the Grand Rapids Water Service Department, retiring after 35 years of service. Ed had a rough childhood and his years of “scrapping and hustling” helped prepare him for his role with the Union later in life. Ed was President of the Grand Rapids Employees Independent Union, formerly known as 1061 AFSCME, for many years. City officials viewed Ed as a natural leader, who did not shy away from making tough decisions. He could be aggressive when he needed to be but was always effective in his role. Ed was a devoted family man who enjoyed spending time with his family. He instilled his patriotism for our country by the way he lived his life. He is survived by his wife, Wanda; daughters, Diane (Paul) VanEtten, of Adrian, Suzanne (William) Nemitz, of St. Joseph, MI; grandchildren, Nicole, Stacy, Caitlin and Michael; seven great-grandchildren; sisters, Shirley Couch, of Kentucky, and Maryanna (Gary) White of Sheridan, MI. Ed was preceded in death by his parents. Cremation has taken place at Ed’s request. A Memorial Celebration of Life will be held at a later date. In lieu of flowers, memorial contributions may be made to Hospice of Lenawee. Online condolences and memories may be shared at www.WagleyFuneralHome.com.

Adrian&#8212;Edwin A. Muste, 83, of Adrian, passed away Wednesday, November 15, 2017, at home surrounded by his family and under the care of Hospice of Lenawee. He was born August 6, 1934, in Grand Rapids, Michigan, and later adopted by Peter... View Obituary & Service Information

The family of Edwin Arthur Muste created this Life Tributes page to make it easy to share your memories.

Send flowers to the Muste family.