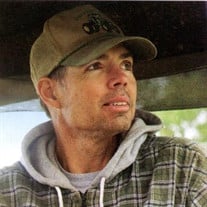 BRITTON – David A. Wielfaert, age 59 of Britton, passed away Thursday, December 14, 2017, at his home under the loving care of his family. He was born April 19, 1958, in Tecumseh, Michigan, to Albert and Helen (Tkachuk) Wielfaert. He graduated with the Class of 1976 from Britton-Macon High School, where he was involved in sports and the FFA. David went into the family business of farming and met his future bride, Cindy Sell, at the Eastern Market in Detroit. They were married September 25, 1982 in New Boston, MI, and have celebrated 35 years together. Together they own and operate D & C Wielfaert Family Farm and Greenhouse. David was an original picker, collecting everything from old cars and arrowheads to gas pumps. He sold produce at the Eastern Market for many years and served as a trustee for Macon Township. In addition to his mother, Helen (Lionel) Wielfaert-Korb of Britton and his wife, Cindy, he is survived by their children: Johanna (Matthew ) Lentz of Milan, Alyson (Phillip) Irwin of Petersburg, Brittany Wielfaert of Tecumseh, and John and Lucas Wielfaert of Britton; grandchildren, Alexyss Wielfaert, Diesel Carman, and Kennedy Irwin; and his brothers, Douglas (Marcy) of Knoxville, TN, Daniel (Char) of Adrian, Kenneth (Kathy) of Toledo, and Thomas (Sherri) of Britton. He was preceded in death by his father. Funeral services will take place at 11 a.m., Thursday, December 21, 2017, at Emmanuel Lutheran Church in Britton with Rev. David McCarty officiating. Burial will be private. Visitation will be held at Wagley Funeral Home, Tagsold Chapel in Blissfield Wednesday from 2 to 8 p.m. Contributions in memory of David are suggested to AgrAbility or Juvenile Diabetes Research Foundation. Online condolences and memories may be shared at www.WagleyFuneralHome.com.

BRITTON &#8211; David A. Wielfaert, age 59 of Britton, passed away Thursday, December 14, 2017, at his home under the loving care of his family. He was born April 19, 1958, in Tecumseh, Michigan, to Albert and Helen (Tkachuk) Wielfaert. He graduated... View Obituary & Service Information

The family of David A. Wielfaert created this Life Tributes page to make it easy to share your memories.

Send flowers to the Wielfaert family.