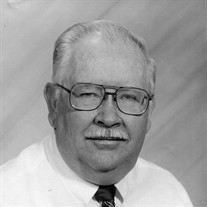 ADRIAN — Dale Norman Sinclair, 84, of Blissfield, died Wednesday evening, February 19, 2020, at Provincial House under the compassionate care of Hospice of Lenawee, surrounded by his family. He was born July 23, 1935 in Ogden Township, to the late Ira and Ethel (Caulkins) Sinclair. Dale was a 1953 graduate of Blissfield High School. He served in Air Force Reserves following the Korean Conflict. Dale was employed as Plant Manager for the Dana Corporation in Sterling, Illinois. During his career of 37 years with the Corporation, Dale authored a catalog that the company continues to use and circulate to this date. On April 27, 1963, Dale married Nancy Nilles in Toledo, one year (to the day) after they met on a blind date. Dale “checked all of her boxes” on that first date and they were happily married for over 56 years. A proud NRA member, Dale was an avid gun owner, trap shooter and hunter. Each year he would attend the annual “Grand American Trap Shoot.” Dale was a sports enthusiast. He played basketball and football in his younger years and also enjoyed bowling, tennis, and golf. In his spare time, he liked to read. Surviving in addition to his wife, Nancy, are his children, Scott Sinclair of Columbia, MO and Sally Sinclair (Theresa Warner) of Oconomowoc, WI; and brothers, Robert Sinclair of Blissfield and Gary (Elaine) Sinclair of California. Dale was preceded in death by his parents; brothers, James Sinclair, Richard Sinclair and Lawrence Sinclair; and sisters, Mary Sinclair and Ruth Sinclair. Cremation will take place. A gathering for family and friends will take place on Sunday, February 23, 2020, from 1:00 – 4:00 p.m. at the Wagley Funeral Home, Tagsold Chapel in Blissfield. He will be laid to rest at a later date at Toledo Memorial Park. Online condolences and memories may be shared at www.WagleyFuneralHomes.com.

ADRIAN &#8212; Dale Norman Sinclair, 84, of Blissfield, died Wednesday evening, February 19, 2020, at Provincial House under the compassionate care of Hospice of Lenawee, surrounded by his family. He was born July 23, 1935 in Ogden Township,... View Obituary & Service Information

The family of Dale Norman Sinclair created this Life Tributes page to make it easy to share your memories.