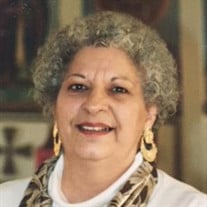 HILLSDALE – Beverly A. Kerbawy, age 82 of Allen, formerly of Blissfield and Moshierville passed away Saturday, August 18, 2018, at Hillsdale County Medical Care Facility. She was born November 19, 1935, in Adrian, Michigan, the only child of the late Harold and Genivieve (Gardner) Kerbawy. After graduating from Blissfield High School in 1953, she attended Michigan State University, Siena Heights University and University of Toledo. She was devoted to teaching special needs students at the Jackson County Intermediate School District for many years. Beverly later became an antique entrepreneur, owning and operating several antique businesses in Moshierville and Allen, Michigan. She was a faithful fan of the Detroit Lions starting in the 50’s when they were under the leadership of her uncle, Nick Kerbawy. Beverly is survived by her step-children: Bill Blakley, Susan Blakley Losey, Cynthia Blakley Siemer, and Sandra Blakley Pfeffer; numerous grandchildren, great grandchildren, cousins and close friends. Funeral services will take place at 1 p.m., Tuesday, August 21, 2018 at Wagley Funeral Home, Tagsold Chapel in Blissfield with Father Paul Albert officiating. Visitation will be the hour prior to the service from noon until 1pm. Burial will follow the service at Pleasant View Cemetery. Beverly deeply appreciated the caring acceptance she received from the people of Allen, Michigan, especially the Allen Fire Department. She was thankful for the staff at Hillsdale County Medical Care Facility who treated her like a Queen. Instead of flowers, memorial contributions are suggested to the Allen Fire Department. Online condolences and memories may be shared at www.WagleyFuneralHomes.com.

HILLSDALE &#8211; Beverly A. Kerbawy, age 82 of Allen, formerly of Blissfield and Moshierville passed away Saturday, August 18, 2018, at Hillsdale County Medical Care Facility. She was born November 19, 1935, in Adrian, Michigan, the only child... View Obituary & Service Information

The family of Beverly A. Kerbawy created this Life Tributes page to make it easy to share your memories.

Send flowers to the Kerbawy family.